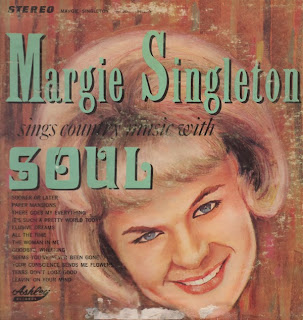 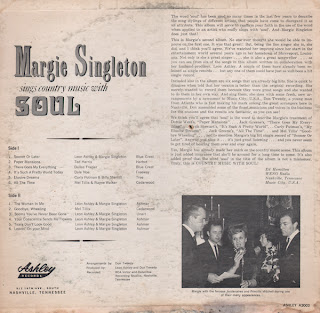 From the back cover: This is Margie's second album. No one ever thought she would be able to improve on the first one. It was great! But, being the fine singer she is, she did, and I think you'll agree. We've watched her improve since her start in the entertainment world several years ago in her hometown of Shreveport, Louisiana. Not only is she a great singer… she is also a great songwriter… as you can see from six of the songs in this album written in collaboration with her husband producer, Leon Ashley.

Singleton released a record on the Pickwick label: Margie Singleton
Posted by By Mark Betcher at 9:21 AM