The Soundtronic Guitar Of Vincent Bell 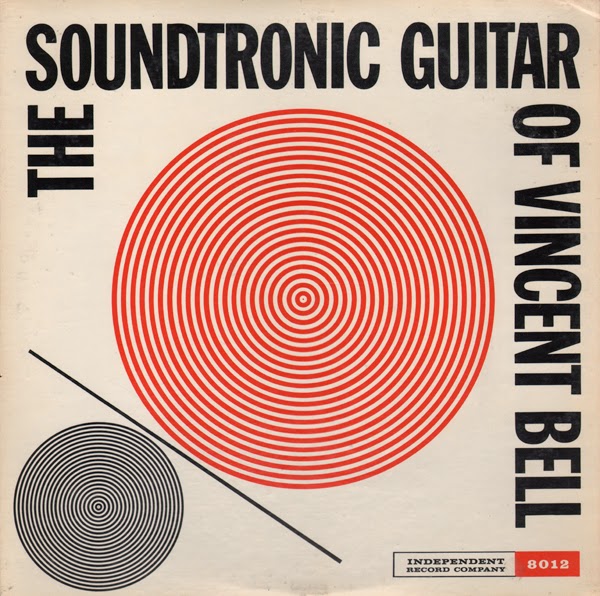 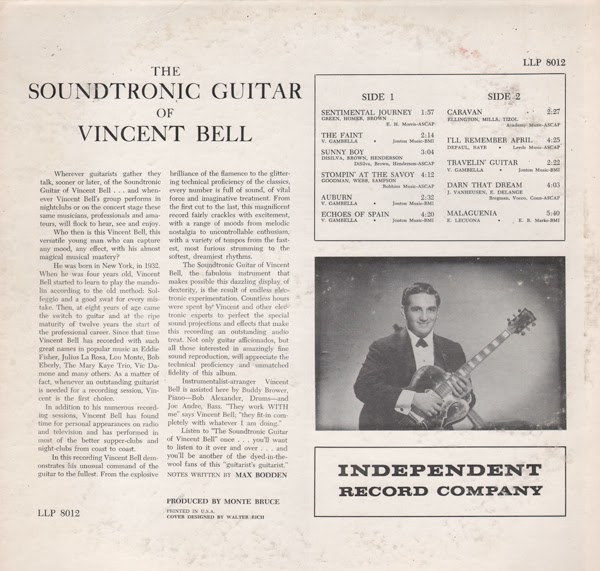 For some reason, this fine Bell album seems to be very obscure compared to his other solo LPs. From the cover design, the release year looks to be about 1961 or '62.

In addition to his solo efforts, Bell was a busy session guitarist. Known for innovation and invention Bell most likely created all of the effects and hardware needed make them as heard on this project.

From the back cover: Instrumental-arranger Vincent Bell is assisted by Buddy Brower, Piano – Bob Alexander, Drums – and Joe Andre, Bass. "They work WITH me" say Vincent Bell; "they fit-in completely with whatever I am doing."
Sentimental Journey
The Faint
Sunny Boy
Stompin' At The Savoy
Auburn
Echoes Of Spain
Caravan
I'll Remember April
Travelin' Guitar
Darn That Dream
Malaguenia
Posted by By Mark Betcher at 4:14 PM