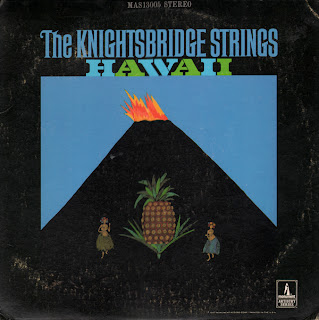 I've found one other Knightsbridge Strings album titled Nostalgic Swing Mood. That set is apparently one of 10 Knightsbridge albums recorded on the Purist label.

From the back cover of this album we learn that Bill Justis, Malcolm Lockyer and Reg Owen "charted the lush and great sounds".

The cover features a Milton Glaser illustration. I found an ad Monument ran in the October14, 1967 issue of Billboard feature this and two other Knightsbridge LPs, all with Glaser illustrations.
Posted by By Mark Betcher at 3:47 AM