Goldfinger - Ray Martin And His Orchestra 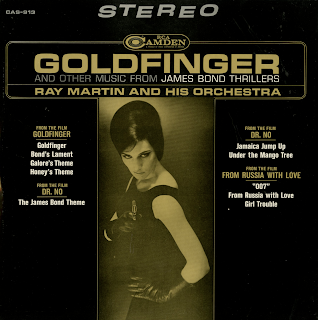 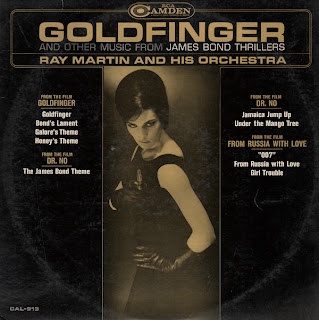 If you enjoy 60s spy/secret agent sets, you will likely consider this to be one of the best efforts by any arranger of the time. I place this set on the same level as Neal Hefti's two "Batman" albums, my favored "high art" space age recordings.

From the back cover: Ray Martin relates perfectly to our British-based boulevardier. He migrated to England from Austria in 1938, enlisted in the British Army and saw enough of intrigue and spy stuff to have a winking empathy for what goes on with Ian Flemming's character. He has been Staff Conductor at B.B.C., scored films and written song hits like Blue Violins. In 1946 he became a naturalized British subject and has been living in the United States since 1957.