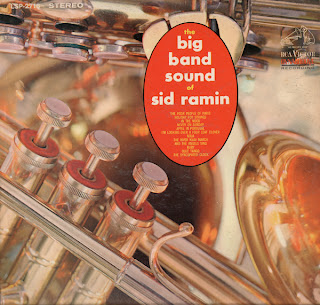 From the back cover. This record was marketed as Ramin's follow up to his album New Thresholds In Sound. "I wanted a great deal of orchestral weight in this one. Soloists, yes, but with an over-all big-band sound predominating. I wanted to see if the Dynagroove system could handle the ultimate in dynamics. You can hear how we come in a split second from a full-forte orchestral mass to the sound of a single instrument."

The engineering on this record is very good.
Posted by By Mark Betcher at 8:27 PM