The Music From Richard Diamond 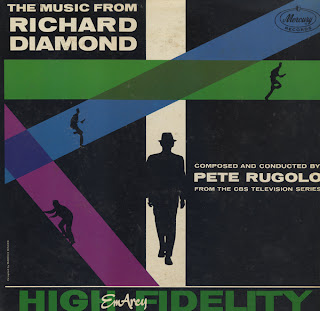 From Wikipedia: The third season featured a jazz score by Pete Rugolo, including a new theme.

Richard Diamond was a detective drama that migrated from the radio to Television in 1957. The series ran until 1960.

Rugolo also contributed music to Leave It To Beaver, Thriller, The Fugitive, Run For Your Life, Felony Squad, The Challengers, The Bold Ones, The Lawyers and Family.

This is a GREAT recording that can be found online on CD or by the download.
Posted by By Mark Betcher at 1:16 PM