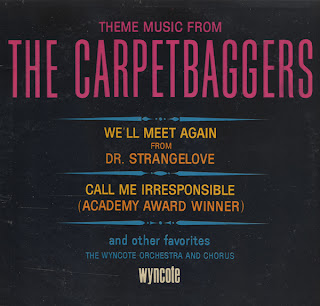 What could I expect from an album released on a budget label like Wyncote? This cover is the worst and the group of musicians is named The Wyncote Orchestra? Exciting!

This is a pretty cool album! There are a number of light pop tunes on the album in addition to the dramatic example posted above. All but one of those songs (there is a dull track that finishes up the LP on the B side) are well done. Each song is unusually extended so there are only six tracks featured on the LP.
Posted by By Mark Betcher at 9:41 PM