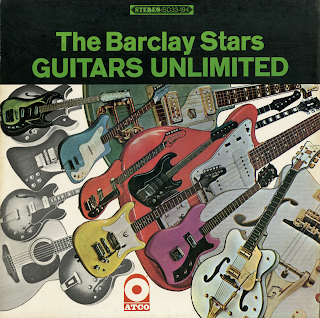 Le Maguer uses the guitars to reproduce the sound of the various sections of a big band in faithful interpretations of celebrated jazz standards by Count Basie, Duke Ellington, Woody Herman and others.

The album has already sold 6,000 copies in three months and is released in the U.S. by Atlantic and in Britain by Philips. Le Maguer plans a follow-up album shortly in which he will feature further Count Basie and Ellington numbers, Sacha Diestel's "The Good Life," and possibly some Lennon-McCartney tunes.