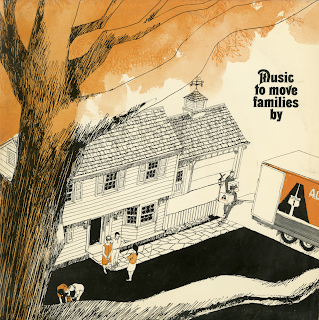 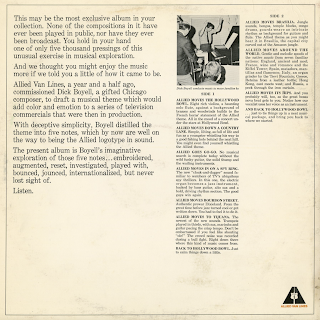 From the back cover: Allied Van Lines, a year and a half ago, commissioned Dick Boyell, a gifted Chicago composer, to draft a musical theme which would add color and emotion to a series of television commercials that were then in production.

With Deceptive simplicity, Boyell distilled the theme into five notes, which by now are well on the way to being the Allied logotype in sound.