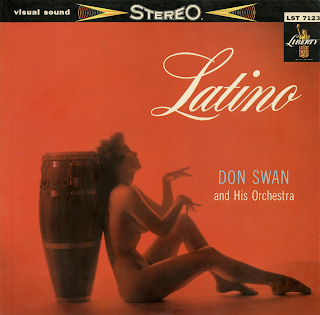 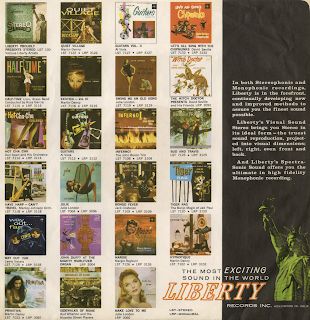 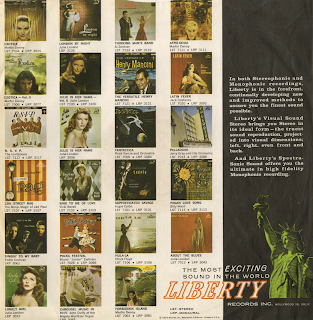 From the back cover: Although the tunes are all rooted in the traditional Latin Rhythms of cha cha, guaracha, tango, mambo, rumba, merengue and even a paso doble, Maestro Swan has managed to make them sound new and fresh and somehow different with his modernistic touch.

Don Swan is no newcomer either to Latin music or Liberty Records. This is the noted composer-conductor-arranger's fourth album for Liberty, but his first that is not devoted solely to cha cha tempo.

Don Swan is Latin only by musical osmosis. He is of German descent, hails from Wisconsin, achieved early fame as a jazz arranger and now spends most of his time in Miami. But his absorption with and interest in Latin music has left its mark on musical history via many arrangements for Xavier Cugat, Perez Prado, Desi Arnaz, Miguelito Valdez and Lina Roman.

From Billboard - September 14, 1959: Sharp, crisp big band treatments of many favorite Latin melodies. Maestro Swan has mixed up the rhythms nicely and includes the cha chas, tango, rhumba, mambo, paso doble, and even a fast rumba. Unusually good recorded sound here with a program that can please practically any dancer's fancy. The lady on the cover will have strong merchandising appeal.