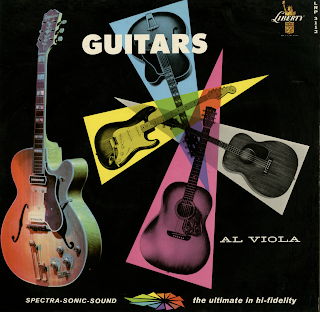 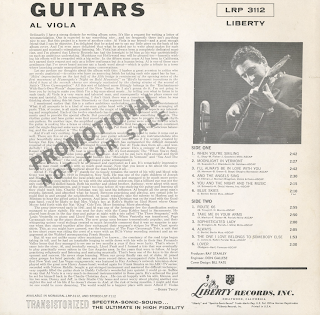 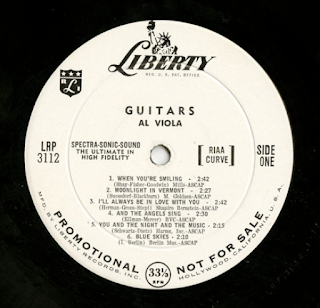 From the back cover: Alfred F. Viola (what the "F" stands for curiously remains the secret of his wife and blood relatives) was born June 16, 1919 in Brooklyn, New York. He was one of the eight children of Joseph and Mary Viola. He attended the local grade and high schools and managed to be much more precocious around the pool tables than he was with the academic endeavors. But a billiard cue was not the only outlet for his skilled hands. Both his mother and oldest brother, Anthony, were adept with most of the plectrum instruments, and it wasn't too long before Al was studying the guitar and learning all they could teach him. Charlie Christian was his next big influence. Al bought all the great man's records, listened and absorbed what he heard. Between practicing and playing, any casual jobs he could find in and around the neighborhood. Al would regularly take the subway to Harlem and to Mintons to hear the gifted artist in person. And later, when Christian was on the road with the Goodman band, you'd be likely to find Mrs. Viola's boy at Kelly's Stable on 52nd Street where Oscar Moore held forth with the Nat "King" Cole Trio. More listening. More absorbing.

The army intervened in early 1941, and Al was one of the fortunate few the classification section managed to place rightly. He was sent for duty with the Camp Kohler band in Sacramento. He played bass drum in the day time and guitar at night with a trio called "The Three Sergeants," with Louis Ventrella on piano and Lloyd Pratt on bass violin. When Ventrella was transferred, Page Cavanaugh took up the piano chores. The new group soon became tremendously popular; and their whispering unison vocal stylings created so much favorable comment that it was no surprise to anyone when they stayed together after they exchanged their sergeant's stripes for West Coast sports shirts. This, as you might have guessed, was the beginning of The Page Cavanaugh Trio, a unit that in two short years was riding the crest of a wave with an RCA-Victor recording contract and an engagement at the Waldorf accompanying Frank Sinatra.

But Al was not unlike many other musicians I've known... the constancy of the road trips began taking its toll, and he had an insatiable longing to settle down with his wife in their San Fernando Valley home that they managed to see one or two months a year if they were lucky. That's where I came into the story. Al, and ironically enough, Lloyd Pratt and I formed a trio that was eventually to play practically every saloon in the Los Angeles area. In the years that were to follow, Al kept practicing religiously and listening and maturing musically. That's been one of the keys to his development and success. He never stop learning. When our group finally ran out of clubs, Al joined other groups for brief periods; did more and more record dates; accompanied Julie London in her first New York and Las Vegas engagements; was featured in Ray Anthony's network television show; played with the great new Harry James band; worked again for Frank Sinatra on his ABC-TV series; recorded with Nelson Riddle; bought a gut-stringed instrument and mastered the difficult technique; very capably filled the guitar chair in Buddy Collette's wonderful jazz quintet. I could go on. Suffice to say that Al Viola is a very-much-in-demand instrumentalist in these parts. He's achieved the goal he set for himself back in the Charlie Christian days... He can sit happily with his wife, Glenna and his two sons, Danny and Jeff, in their Studio City home and never worry about playing another one-nighter the rest of his life if he doesn't choose to. – Bobby Troup

From Billboard - April 27, 1959: Al Viola, a fine artist, becomes something of a one-man guitar band on this interesting recording, in which, via multi tracking, he handles all the parts – bass and rhythm guitar, amplified melody guitar and in some cases yet another track of fast-fingered solo guitar. Tunes are nicely varied – "Moonlight In Vermont," Route 66," "Take Me In Your Arms." Guitar lovers will find it rewarding but it also comes across as pleasant background material. Stereo is no great asset, however in this case.

When You're Smiling
Moonlight In Vermont
I'll Always Be In Love With You
And The Angels Sing
You And The Night And The Music
Blue Skies
Route 66
Take Me In Your Arms
Sophisticated Lady
Always
The One I Love Belongs To Somebody Else
Lover
Posted by By Mark Betcher at 5:22 PM