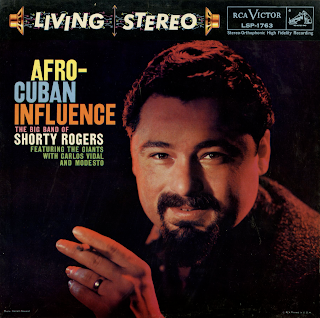 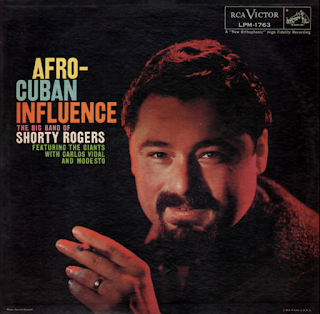 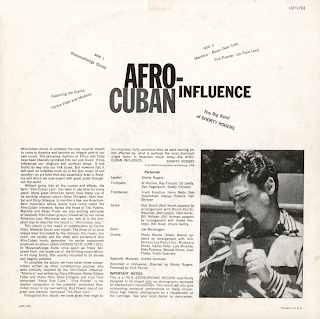 From the back cover: This album is the result of collaboration by Carlos Vidal, Modesto Duran and myself. The three of us have always been fascinated by the richness, the moods, the color, the variety and the often wild excitement that Afro-Cuban music generates. An earlier experiment produced an album called Voodoo Suite (LPM-1101). In Wuayacanjanga Suite, once again we freely borrow from, and made use of, the thrilling music which, in its many forms, this country imported to its shores and eagerly adopted.

Manteca
Moon Over Cuba
Viva Puente
Un Poco Loco
Posted by By Mark Betcher at 6:36 AM