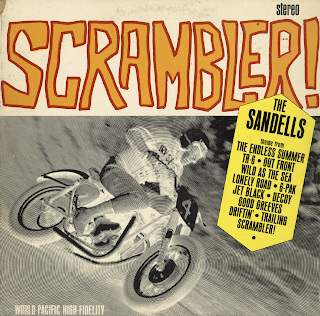 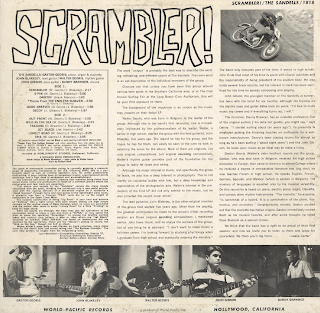 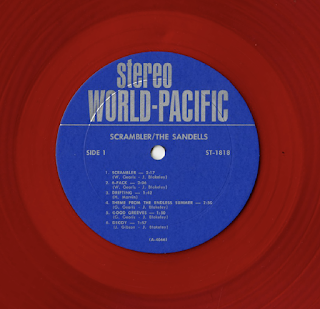 From the back cover: The background of the musicians is as unique as the music they present on their debut LP.

Walter Georis, who was born in Belgium, is the leader of the group. Although this is the band's first recording, one is immediately impressed by the professionalism of its leader. Walter, a senior in high school, started the group with the lead guitarist, John Blakeley, five years ago. The regard he has for his group, and the hopes he has for them, can easily be seen in the care he took in selecting the tunes for the album. Most of them are originals, bot only originals compositions, but original sounding compositions. Walther's rhythm guitar provides part of the foundation for the group to really let loose and swing.

Although his major interest is music, and specifically the group he leads, he also has a deep interest in photography. This is not merely an incidental hobby with him, but a deep knowledge and appreciation of the photographic arts. Walter's interest in the production of his first LP did not only extend to the music, but he also provided the record cover photo.

The lead guitarist, John Blakeley, is the other original member of the group that started five years ago. Other than his playing, the greatest contribution he made to the group's initial recording session are those original sounding compositions I mentioned earlier. John loves music, and he enjoys the success of the group, but of one thing he is adamant. "I don't want to make music a full-time career. I'm looking forward to studying psychology when I graduate from high school and eventually entering the ministry."

The band only occupies part of his time. A senior in high school, John finds that most of his time is spent with church activities and the responsibility of being president of his student body. He also holds several track records, but his interest in track has been sacrificed for the time he spends composing and playing.

John Gibson, the youngest member of The Sandells at sixteen, has been with the band for six months, although his training on the electric bass and guitar dates back six years. "I'd love to make music my career and if everything turns out, I will."

The drummer, Danny Brawner, has an enviable profession. One of the original surfers ("An oldie but goodie, you might say." says Danny. "I started surfing about ten years ago") he presently is employed putting the finishing touches on surfboards for a well-known manufacture. Danny's been playing the drums for almost as long as he's been surfing ("about eight years") and like John Gibson, he looks upon music as an ideal way to make a living.

Gaston Georis (Walter's older brother) rounds out the group. Gaston, who was also born in Belgium, received his high school education in Europe, then came to America to attend College where he received a degree in comparative literature and (dig this!) he now teaches French in high school. He speaks English, French, German, Spanish and Walloon (which is spoken in Belgium). His mastery of languages is equalled only by his musical versatility. On this record he is heard on piano, electric piano, clavietta, and various other rhythm instruments. "The clavietta," he explains, "is somewhat of a hybrid. It is a combination of the piano, harmonica and accordion." Geographically minded, Gaston pointed out that the clavietta has Italian origins. Gaston immediately named Bach as his musical favorite, and after some thought, he listed Dave Brubeck as a second choice. – Leslie Carter