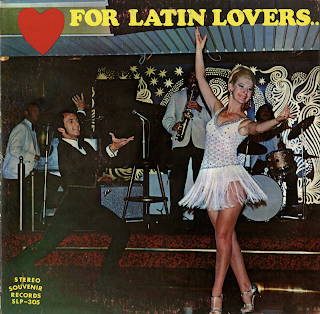 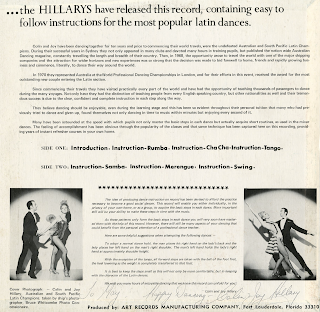 From the back cover: Colin and Joy have been dancing together for ten years and prior to commencing their world travels, were the undefeated Australian and South Pacfic Latin Champions. During their successful years in Sidney they not only appeared in many clubs and devoted many hours in training pupils, but published the nation wide Australian Dancing magazine, constantly traveling the length and breadth of their country. Then, in 1968, the opportunity arose to travel the world with one of the major shipping companies and the attraction for wider horizons and new experiences was so strong that the decision was made to bid farewell to home, friends and rapidly growing business and commerce, literally, to dance their way around the world.

In 1970 they represented Australia at the World Professional Championships in London, and for their efforts in this event, received the award for the most outstanding new couple entering the Latin section.
Posted by By Mark Betcher at 4:20 AM