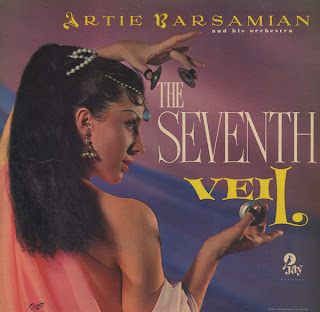 This album was released twice on KAPP in 1957 & 1959 featuring the same cover photo (sized differently) and finished with different title/type faces.

The downloads that are available on Amazon feature this particular cover. I'm assuming this is the original release.

Information on Barsamian is sketchy at best. As far as I can tell he made as many as five albums. 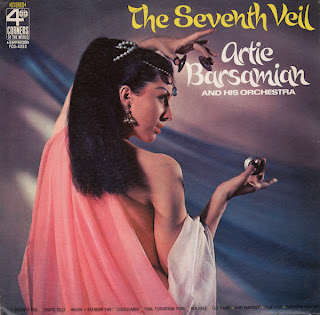 The Seventh Veil
Artie Barsamian
4 Corners Of The World/KAPP FCS-4552
Posted by By Mark Betcher at 7:59 PM