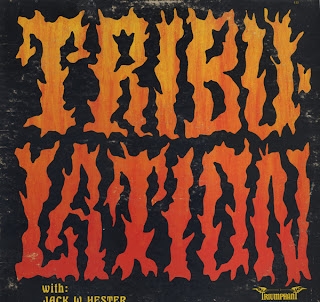 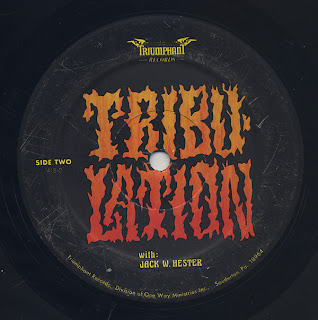 I stood before the record bin today at the thrift for a moment trying to decipher the cover graphic. I took a moment to figure out that I had a hell fire evangelical sermon on my hands.

Well, no, that's not exactly what this is. This recording is based on The Tribulation (events referred to in Matthew 24:21). The story telling style is after the War Of The Worlds radio broadcast. It actually reminds me more of a Peter Pan comic book album. The recording, however, is marketed towards adults.

This recording, according to the back cover, is a sequel to The Rapture an earlier dramatic production (album).

I've posted the last part of the B side, which features for some reason, the only song on the album.
Posted by By Mark Betcher at 4:21 PM