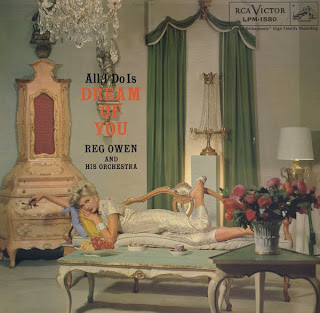 This is a fine mood album that features a terrific space age cover.

The Reg Owen Orchestra was regraded, at the time, as one of England's leading orchestras. He arranged for Ted Heath and Cyril Stapleton. Owen got into writing film scores in the late 50s and, after writing scores for a few "B" movies he progressed to write for feature films, including Very Important Person (1961).