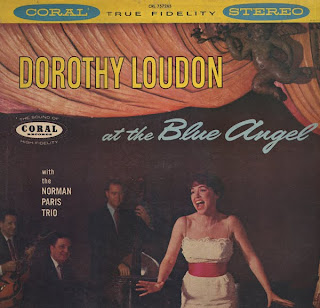 Loudon is full of energy, has a great voice and can knows how work a crowd.

Loudon won The 1977 Tony Award for Best Leading Actress in a Musical for her performance on Annie as the evil orphanage administrator Miss Hannigan.

She married Norman Paris. Paris wrote the theme song for the television game show I've Got A Secret.
Posted by By Mark Betcher at 4:05 AM