Folklore Of The South 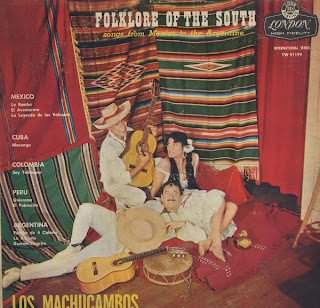 Billboard gave this album three stars along with a favorable review. This is the only mention that can find on this album.  The Billboard review was dated 1959 which was the year that this group was formed. The group made a number of records for U.S. release and the songs from this album are available for download online. I wonder if this was their first release and if these song are to be found on a later, more widely distributed album?

The set is a strong effort. The songs are well crafted and have a nice vintage pop feeling which keeps them from being too "folk" for my tastes.
Posted by By Mark Betcher at 7:43 AM