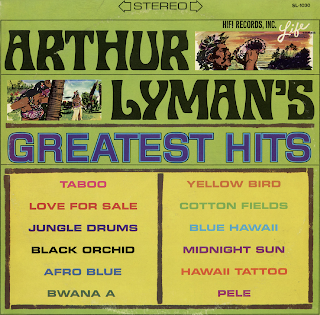 From the back cover: From the Beach at Waikiki – The Hawaiian Village Hotel – The Shell Bar – comes the exotic rhythms of the Arthur Lyman Group

Arthur Lyman, who has done more to endear the romantic melodies of the islands to the hearts of the world's record collectors and to the travelers who ultimately find their way to Hawaii, has had hit-after hit on Hi Fi records.

The day that stereo records were announced was the day that the music of Arthur Lyman became most sought after because of the nature of his arrangements which made the stereo illusion most effective.

His record "Taboo" Hi Fi #550, became one of the biggest selling and most played in the history of stereo records. Not only in Hawaii, but in all of the Americas and the European continent as well.