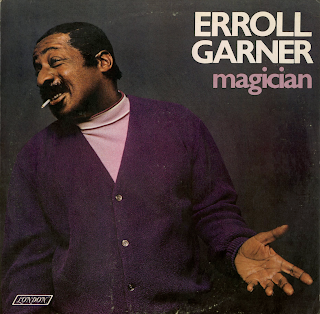 From the back cover: The striking contemporary flavor and feeling generated by Garner's sparkling vitality and consistently high level of expressive energy (performing energy, not the artificial energy of electronics and engineering) is so evident throughout this marvelous album that one is startled to realize that Garner still approaches his instrument with the fervor and enthusiasm of first love, yet his music there is also the wit and savor of a master.

Appropriately, Garner celebrates the event by surrounding himself with two new rhythmists – Grady Tate and bassist Bob Cranshaw – both stellar instrumentalists – plus trusty eight-year-man Jose Mangual on conga drum. The instant rapport between Garner and the new group is evident. Working with Garner is something very special for a rhythm section. He sparks them to peak performances, and, in turn, they heighten Garner's flights. Early in the session, Crenshaw remarked: "I've been getting ready for this date for 25 years" – and he has worked with all the heavyweights. – Dan Morgenstern

The Long To Be Close To You
It Gets Better Every Time
Someone To Watch Over Me
Nightwind
One Good Turn
Watch What Happens
Yesterdays
I Only Have Eyes For You
Mucho Gusto
Posted by By Mark Betcher at 6:10 PM