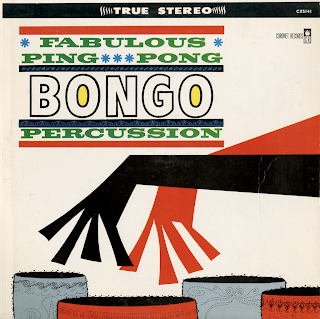 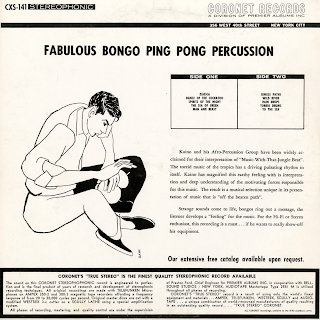 This set includes no "ping pong" effects... This is a good thing, because the set is an excellent Afro-Percussion presentation which doesn't need those effects to hold your interest. I had got at least two copies of this same set released on other budget labels including Silver Seal (UT-139) as "Taboo" and under the same title on Promenade (2125) with a note that the set was recorded by the Cawanda Group. The titles were changed

Ziaeica
Dance Of The Cockatoo
Spirits Of The Night
The Sea Of Green
Man And Beast
Jungle Paths
Wild River
Rain Drops
Torrid Drums
To The Sea
Posted by By Mark Betcher at 7:31 PM