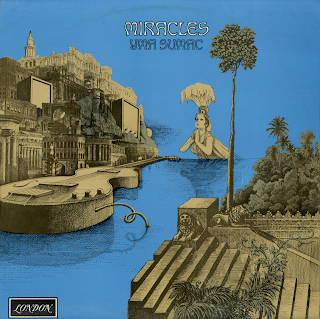 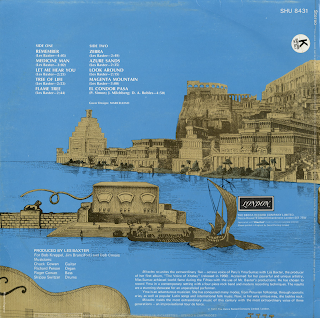 From the back cover: Miracles re-unites the extraordinary five-octave voice of Peru's Yma Sumac with Les Baxter, the producer of her first album, "The Voice Of Xtabay" (released in 1950). Acclaimed for her powerful and unique artistry, Miss Sumac achieved world fame during the Fifties with the use of Mr. Baxter's productions. He has chosen to record Yma in a contemporary setting with a four-piece rock band and modern recording techniques. The results are a stunning showcase for an unparalleled performer.

From Billboard - March 11, 1972: Last time Les Baxter and Yma Sumac teamed, they came up with the phenomenal classic "Voice Of Xtabay." They now reunite for a totally 'today' sound with original rock material penned by Baxter and delivered in an exceptional sound by the incredible voice of Miss Sumac. Four-piece rock band lends support to the vocal work. Already getting much FM and MOR attention, LP could prove a smash.