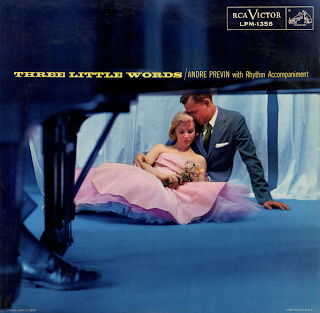 From the back cover: Andre was born in Berlin in the summer of 1929. His father, a piano teacher, was able to recognize – and knew enough to be astounded at – Andre's gift for perfect pitch when he was only four years old. Two years later, Andre asked his father to teach him how to play the piano. During the next four years the Previn family managed to leave Germany via Paris and emigrate to the States. They arrived in Hollywood in 1939 where Andre's older brother had already preceded them. Andre, who had been studying piano with his father despite all interruptions, enrolled in Beverly Hills High School. Following his strong interest in composition and harmony, he took lessons with such noted musicians as Mario Castelnuovo-Tedesco and Joseph Achron. Even before finishing high school, Andre was earning money as a part-time piano player and doing free-lance arrangements. Soon after graduation, he went to work for M-G-M pictures as as arranger.

His first task was scoring the music played by pianist Jose' Iturbi in a movie called "Holiday In Mexico." By 1948, at nineteen, Andre was already assigned to compose and conduct scores for films; to date he has won three nominations for the Academy Awards.

After hearing the last piano player, Art Tatum, display his jazz skill, Andre became fascinated with jazz which he feels is a "very important and genuine art form." In the past several years he has played with some leading West Coast jazzmen like drummer Shelley Mann and trumpet-player Shorty Rogers as well as with a group of his own. His fondest dream, in fact, is to combine his love for jazz and his feeling for classical music in writing a full score for jazz soloists and symphony orchestra.

But that potential listening pleasure is reserved for the future; right now you can pleasure yourself with Three Little Words – and eleven other perennial favorites in this collection. – Edwin Miller

I Only Have Eyes For You
September In The Rain
This Heart Of Mine
I'll String Along With You
Bewitched, Bothered And Bewildered
Three Little Words
Jeepers Creepers
I Know Why And So Do You
There Will Never Be Another You
Lullaby Of Broadway
Who's Sorry Now
The Gypsy In My Soul
Posted by By Mark Betcher at 4:13 PM