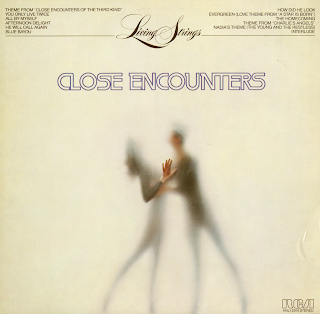 From the back cover: Behind the lush magnificence of RCA's now famous Living Strings series is arranger-conductor Johnny Douglas, who discovered the mysteries of arranging and orchestration by the age of ten. Born in London, England, Douglas has over 100 albums and numerous film scores to his credit.

Theme From "Close Encounters Of The Third Kind"
You Only Live Twice
Blue Bayou
All By Myself
Afternoon Delight
He Will Call Again
Evergreen (Love Theme From "A Star Is Born")
How Did He Look
The Homecoming
Interlude
Nadia's Theme (The Young And The Restless)
Theme From "Charlie's Angel's
Posted by By Mark Betcher at 7:09 PM