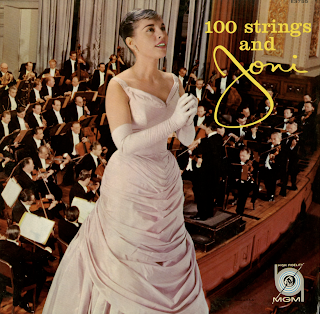 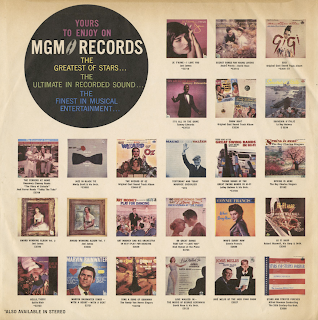 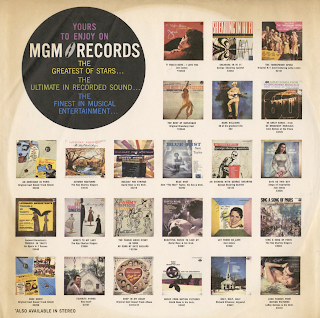 Available from online vendors so I will not be posting a sample. Presented here to share the cover art and Billboard reviews.

From Billboard - April 20, 1959: While Williams (Hank Williams) is the example par excellence (referring to estate record royalties and strong sales for MGM), he is by no means the only artist to have sold consistently and who still sells. Joni James, with 18 albums to her credit, is MGM's "album queen." Even when she was going thru a singles slump, her album product move steadily. Some measure of how the firm regards her sales consistency is seen in the effort going into a new de luxe album package, "100 Strings and Joni," the recording of her Carnegie Hall concert.

James was married to Acquaviva when this package was produced.

My Heart Tells Me
Imagination
All Through The Day
Too Young
It Never Entered My Mind
Body And Soul
I Can Dream, Can't I?
Hi-Lili, Hi-Lo
But Beautiful
Wait And See
It Could Happen To You
Maybe You'll Be There
Posted by By Mark Betcher at 5:29 PM