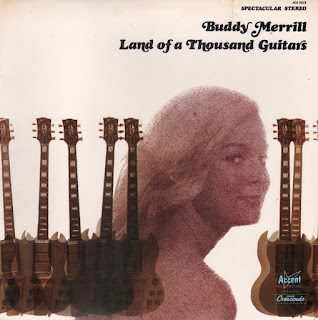 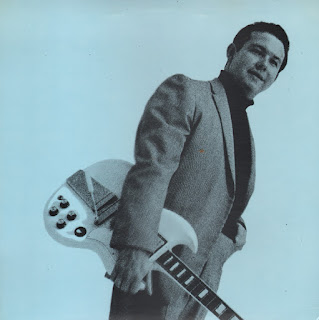 A fine space-age set by Buddy Merrill, one of Lawernce Welk's guitarists (1955-1974). Merrill was also a highly-sought after studio musician. The set was produced using 14 guitars. Arrangements are bright light pop with a touch of fuzz effect to help spice up a few tracks.

The second image is a full page photo of Merrill found inside the book-fold cover.