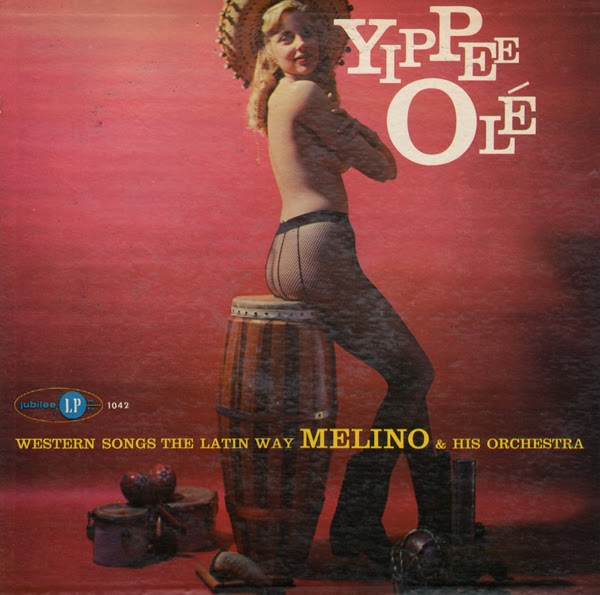 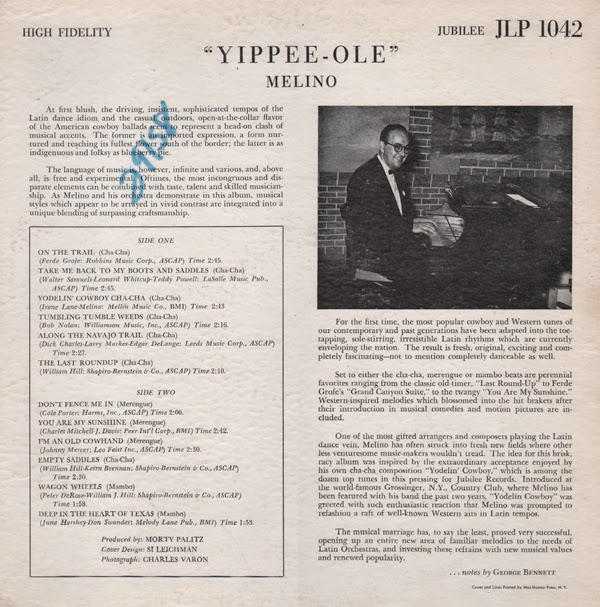 Blending traditional western song titles and Latin rhythm suggests that this is one album that I should not purchase. However, the black fishnet hose clad model on the cover demands that I must purchase the album. And so here the record is, hose cheesecake and cha cha cowboy rhythm song sample, featured now in The Atomic Attic.

Actually, the album presents a pretty decent Latin set that is only slightly "western" in sound, although the Cha Cha dance beat does sound somewhat like a horse plodding down the dirt street of some gold rush town.

From the back cover: Introduced at the world-famous Grossinger, N.Y. Country Club, where Melino has been featured with his band the past two hears, "Yodelin' Cowboy" (the only vocal number)  as greeted with such enthusiastic reaction that Melino was prompted to refashion a raft of well-known Western airs in Latin tempos.

On The Trail
Take Me Back To My Boots And Saddles
Yodelin' Cowboy Cha-Cha
Tumbling Tumble Weeds
Along The Navajo Trail
The Last Roundup
Don't Fence Me In
You Are My Sunshine
I'm An Old Cowhand
Empty Saddles
Wagon Wheels
Deep In The Heart Of Texas
Posted by By Mark Betcher at 1:04 PM