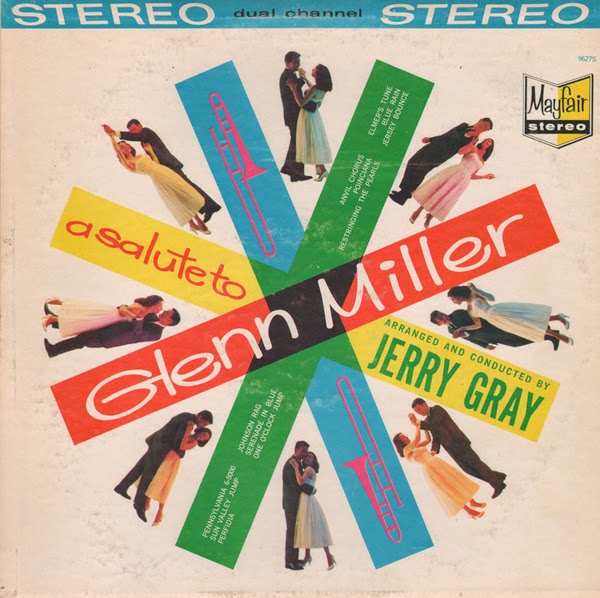 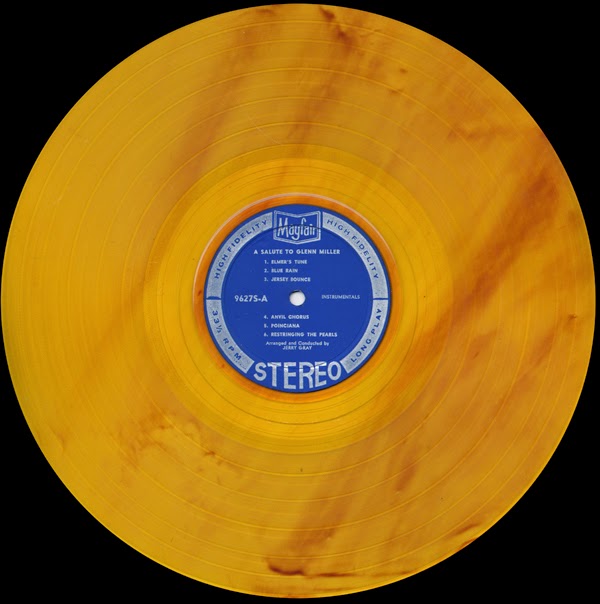 Available for purchase as digital download from the usual vendors.

The copy I found came pressed on fancy colored vinyl and features pumped up Gray arrangements and excellent engineering.

From the back cover: His (Gray's) career didn't begin with Glenn Miller by any means. When Jerry was 15, he began playing with bands in his native Boston. He was than a violinist, had indeed been a fiddle lover ever since his third year – when he put two sticks together and made like a violin, thereby astounding his father, uncle and grandfather, musicians all.

Still in his teen years, Jerry's budding arranging talents came to the attention of another New Englander, Artie Shaw. The famed clarinetist was at the time organizing his band, when Shaw recorded Gray's arrangement of Sobbin' Blues in 1936, the young arranger began to make his mark in the band business. What fan of Artie Shaw cannot hum most of the clarinetist's renowned version of Begin The Beguine? Well, that, too, was Jerry's arrangement, and it put the Shaw band in the nation's juke boxes with a vengeance. Matter of fact, that single is still kicking around the jukes some 20 years laters.

When Shaw disbanded in 1940, Jerry joined the Miller Group. Not only did he arrange standard and novelty tunes, but Gray also wrote originals for the orchestra, among them the well-loved, A String Of Pearls, which afford ace trumpeter, Bobby Hackett, ample opportunity to show his supple style. Then there was the novelty tune, Pennsylvania 6-5000, another juke box bonanza.

When Glenn Miller joined the Air Force and organized his almost legendary Air Force orchestra featuring "la creme" of American dance band musicians, Jerry went along. He did a major portion of the arranging for that wonderful band but is perhaps best remembered for his adaptation of Will Handy's St. Louis Blues. The way Jerry heard it – and, hence, the way it hit the ears of thousands of American troops in France in 1944 – was as a march. He titled his version of the American Negro classic, St. Louis Blues March, and it added pep to the step of many a marching column of troops at the war's climax.

Upon his discharge from the Air Force, after Miller met death on a cross-Channel flight, Jerry's first featured spot with his own band was on the NBC Phillip Morris Show with Johnny Desmond, Herb Shriner and Margaret Whiting. He also provided orchestral backing for such top-line singers as Vic Damone and Jane Froman.

Since then, Jerry's band has been a hot favorite at many gilded locations throughout the nation, including the Hollywood Palladium, Atlantic City's Steel Pier, Wildwood's Casino Ballroom.