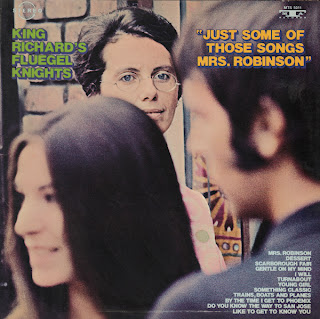 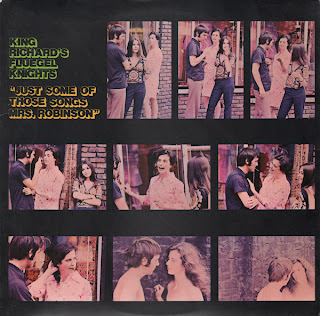 Here's another King Richard (Dick Behrke) album issued the year after his MTA release - Something Super!

This is another fine brass based light pop effort featuring unique arrangements and very good engineering.

The jacket is an elaborate book-fold featuring an obscure visual play on, what looks to me, period soundtrack album design which strikes me as not such great marketing for this terrific collection of tunes.

Like To Get To Know You
By The Time I Get To Phoenix
San Jose
Scarborough Fair
Turnabout
Something Classic
Young Girl
Trains, Boats And Planes
Gentle On My Mind
I Will
Mrs. Robinson
Posted by By Mark Betcher at 8:59 PM