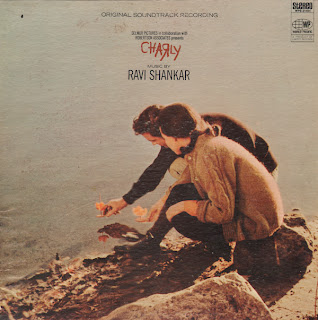 From the jacket notes: There are many creative, imaginative and experienced composers in Hollywood. I (Ralph Nelson - Director and Producer) was determined that "Charly" needed a unique sound for this unique motion picture. Before the surge of publicity which made the musician Ravi Shankar the idol of the avant-garde, I played his "Variations On A Theme From Pather Panchali," film I had admired. The sounds were melodic, but more, they were haunting; they had the quality and inspiration which I believe essential to the scoring of my picture. Ravi Shankar was my man.

Nice listen which plays through, not so much like an avant grade work, but not like your standard sound track. The listen is more like an engaging concept album.