Have You Heard - Johnny Smith 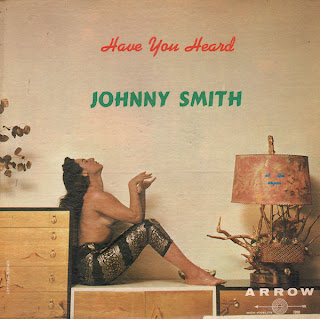 Shalimar
Have You Heard

From the back cover: He (Smith) hails from the mid-west where in the small club and cocktail lounge circuit of Ohio And Michigan he has been able to both please the listeners and develop a highly distinctive style that continues to win followers for him. Chris Columbo who drummed with Bill Davis organ-led trio immediately sought out Johnny Smith when he cut away from his own group. Johnny was a perfect fit for the new-formed group and soon was being rated as an important find for jazzdom's organ ranks.

Not From Dixie
A Quiet Gass
Brief And Breezy
Joanna
The Floater
A Profound Gass
Slow And Easy
Brothers Go To Mother's
Fallout
Blues For Mother
Posted by By Mark Betcher at 12:52 PM