Nothing But Percussion Vol. 2 - Bobby Christian 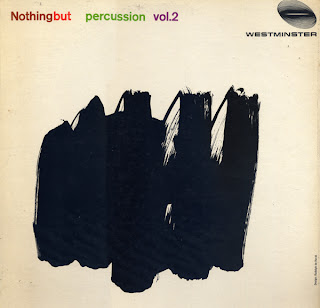 The Japanese Temple
Nothing But Percussion, Volume 2
Composed and Conducted By Bobby Christian
Westminster WP-6131

Side one of this record features a stunning musical journey titled Mt. Fujiyama Suite. The sample track posted above is from that side is titled The Japanese Temple. Exotica or simply experimental, it was the surprise find in this weeks thrift picks.

I didn't have much success tracking down the release date of either album or another instance of this cover image on the web. I remember seeing the first release for sale on Ebay. The cover on that album is a lot of fun. This cover image, I think, matches the vibe.