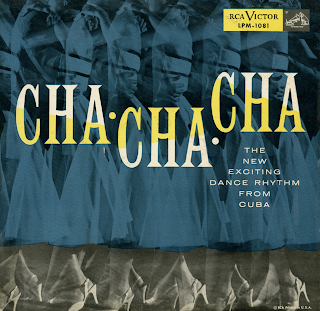 From the back cover: Of the selections in this recording, the one number by Beny More (Cha-Cha-Cha), the two by Ernesto Duarte (Las Enganadoras and Nicolasa) and the three by the Orquesta Almendra (Aquellos Ojos Verdes, Baila Vicente and Lamento Cuban) are actually Cuban in origin and were recorded there, they feature, in the main, strings and flute. As for the other works, they were all recorded New York and feature some of the most prominent exponents of this particular style – Facundo Rivera, Al Romero, Tito Rodriguez, Al Castellanos and Noro Morales. To date, Las Enganadoras, El Tunel, Silver Star and Me Lo Dijo Adela have undoubtedly been the best-known and most popular examples of the Cha-Cha-Cha, but all those here included are exciting and toe-tapping in the extreme, offering to the interests listener and potential dancer every conceivable reason for this dance's new-found success.