Songs For All Seasons 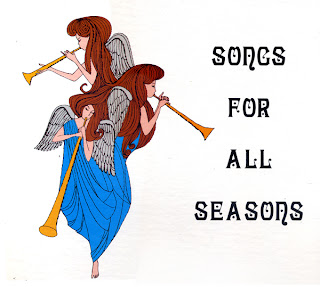 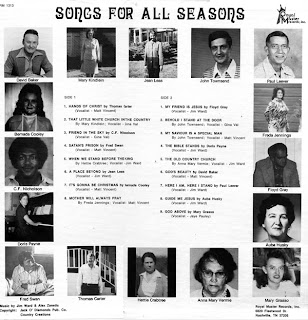 It's Gonna Be Christmas

Here is another song poem album presented for your enjoyment or as a test of what you know to be decent and good.

Song poems albums were created by enterprising individuals who solicited poems in the back of cheap magazines. Real people such as the folks pictured on the back cover would respond with their poems and receive a letter of acceptance, a glowing review and a request for cash to help put their work to music.

As is the case with the other Royal Master albums I have in the collection, the vocals were recorded on top of canned, or stock music. On this album the SAME stock tunes were used more than one time. In several cases the vocalist ran out of words and the stock tune just plays out for a bit to end the song. Of courts, it is hard to beat the thoughtless banality of the cover design.
Posted by By Mark Betcher at 2:30 PM