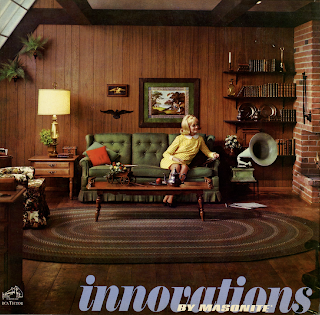 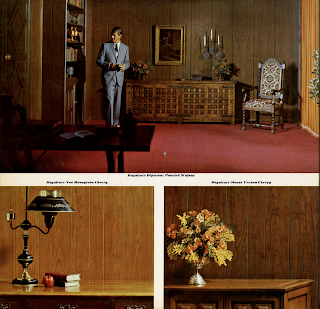 From the inside cover: Born in Birmingham, England, Skitch Henderson spent his youth in pursuit of serious musical goals. He studied piano with Roger Aubert in Paris, conducting under Albert Coastes and Fritz Reiner, during which time he moved to America and finished instruction in composition and harmony with twelve-atonalist Arnold Schonberg. These associations were interrupted by World War II: Henderson enlisted as an aviation cadet, won his wings, and spent the next four years as a pilot. He still flies jets in his spare time as an officer in the Air Force Reserve.

Popular music found him "grounded" in the classics as it has few other arrangers/conductors of our time. A succession of events, beginning with a theater tour as Judy Garland's accompanist and ending as piano soloist on both the Bing Crosby and Frank Sinatra radios shows, led Henderson to form his own band. After touring with great success during the late 'forties, he returned to radio as musical director of a series featuring Sinatra and Dorothy Kirsten.

In 1954 began Henderson's long tenure as musical director of the Steve Allen "Tonight" show on NBC, where he also aided in the development of acting parts and personalities. Meanwhile, he was also determinedly getting back to serious music by making guest appearances as conductor with the New York Philharmonic and the Minneapolis Symphony. Further, he composed ballet music for Maria Tallchief and various television groups – all the while maintaining his unique image and reputation as a leading popular arranger.

Henderson's image is projected most frequently these days on the "Tonight" show with Johnny Carson, where his orchestrations and solo work remain a delight to millions. There and in the selections of this album, he has taken truly giant steps toward healing the rift between popular and classical music. Inventive, provocative, but always incomparably right, the art of Skitch Henderson is a modern wonder, not only of Show Business, but of the total American musical scene.

It's Delovely
Hindustan
All Through The Night
My Blue Heaven
Dancing On The Ceiling
Dardanella
Chicago
East Of The Sun
Pick Yourself Up
The Continental
Mood Indigo
Japanese Sandman
Posted by By Mark Betcher at 6:24 PM