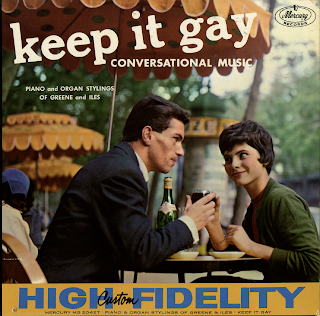 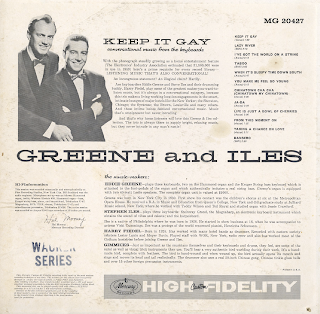 Eddie Greene - plays three keyboards, two on the Hammond organ and the Kruger String bass keyboard which is attached to the foot-pedals of the organ and which authentically imitates a real string bass. Greene's organ is equipped with two 40-watt Leslie speakers. The complete organ unit is valued at $5,000.

Greene was born in New York City in 1930. First show biz contact was the children's chorus at six at the Metropolitan Opera House. He received a B.A. in Music and Education from Queen's Collegs, New York and did graduate study at Julliard Music school, New York, where he worked with Teddy Wilson and Ted Royal and studied organ with Jessie Crawford.

Stephen Iles - plays three keyboards: Steinway Grand, the Magnaharp, an electronic keyboard instrument which obtains the sound of vibes and celeste; and the harpsichord.

Iles is a native of Philadelphia where he was born in 1928. He started in show business at 16, when he was accompanist to actress Vicki Cummings. Iles was a protege of the world renowned pianist, Henrietta Schumann.

Harry Fiedel - Born in 1925. Has worked with many hotel bands as drummer. Recorded with eastern society orksters Lester Lanin and Meyer Davis. Played staff with WOR, New York, radio crew and also has worked most of the Gotham hostelries before joining Greene and Iles.

Keep It Gay
Lazy River
I've Got The World On A String
Taboo
When It's Sleepy Time Down South
You Make Me Feel So Young
Chinatown Cha Cha (Chinatown My Chinatown)
Ja-Da
Life Is Just A Bowl Of Cherries
From This Moment On
Taking A Chance On Love
Dansero
Posted by By Mark Betcher at 7:37 PM