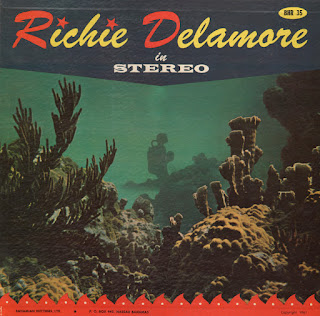 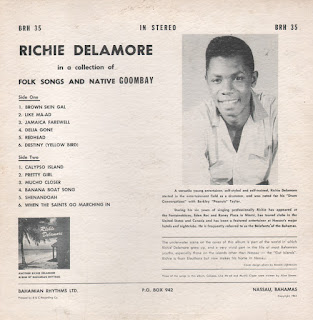 From the back cover: A versatile young entertainer, self-styled and self-trained, Richie Delamore started in the entertainment field as a drummer, and was noted for his "Drum Conversations" with Berkley "Peanuts" Taylor.


During his six years of singing professionally Richie has appeared at the Fontainebleau, Eden Roc and Roney Plaza in Miami, has toured clubs in the United States and Canada and has been a featured entertainer at Nassau's major hotels and nightclubs. He is frequently referred to as the Belafonte of the Bahamas.