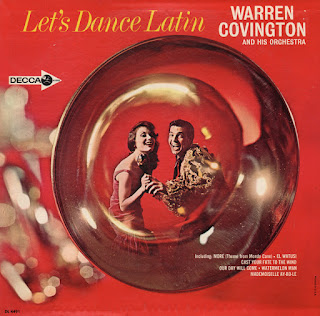 One of the last albums Covington produced under his own name before he focused on supporting other musicians in the studio. This set would have sounded fresh if released in the late 50s before the market became crowed with many fine "Latin" sets. None-the-less, although late to the market, this is lively big band Latin set worth collecting.