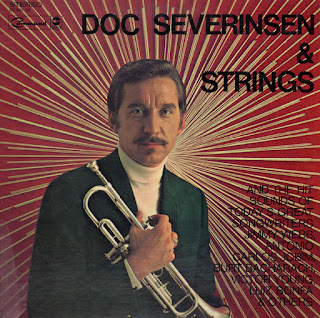 ABC was still using the book-fold album design as pioneered by Enoch Light several years after they purchased Light's label. The set features fine space age arrangements and good engineering, excellent in most cases (another Command trademark). You get all of the good stuff even though the arranger mixed together a wide variety of approaches which make the set sound conceptually uneven.

Bond Street
The Maria Theme
Wave
MacArthur Park
Samba De Orfeu
That's What Love's About
If We Lived On Top Of A Mountain
Upa, Neguinho
Le Teresita
Love Was Here Before The Stars
Lullaby From "Rosemary's Baby"
Summer's Coming Back
Posted by By Mark Betcher at 12:43 PM