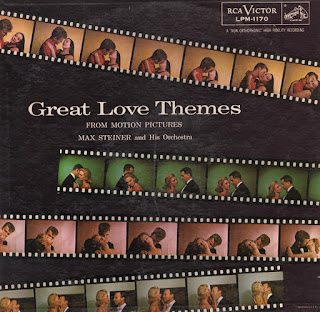 From the back cover: The life of Maximilian Raoul Steiner reads like one of the movies for which he has created the music. Born in Vienna, where his grandfather, Maximilian Steiner, owned the famous Theater an der Wien (Theater on the Wien), scene of the performance of early Mozart operas. Max grew up in exciting and talented company. Both Steiner's father, Gabor, and his grandfather were close friends of Johann Strauss and Offenbach. At the age of fourteen Max Steiner wrote and conducted his first operetta, Beautiful Greek Girl. It was presented at the Orpheum Theater in Vienna and ran for one year. Florenz Ziegfeld invited him to come to America in 1914. Max did many shows for Florenz. Hollywood called in 1929 and Steiner soon became responsible for much of its music. Max Steiner was decorated by the French Government with the award of Officer de L' Academie Francaise in recognition of his accomplishments in the world of the theater and music. He was also awarded the Bronze Medal by the King of Belgium in 1936 and received the World Cinema Medal in Venice the same year. Subsequently, he was presented the Golden Globe Award by the Hollywood Foreign Correspondents for the best original music score of 1947, and the Statuette conferred by the Cinema Exhibition in Vienna for the best musical score of 1948.

The most amazing boost in years has been given the music business by the music originating in Hollywood. During 1955 music trade magazines shoed that five out of the six top tunes were from motion pictures. 1956 promises to be on of the greatest years in the history of movie music, since every studio is readying more music than ever before. Where will Hollywood music-man Max Stiener be? Among the top... as always. – Lyle K. Engle (noted film authority and author of the column "Music from Hollywood" in Modern Screen Magazine. Mr. Engle has chosen Great Love Themes as Modern Screen's Album of the Month.

Out Of The Blue
Unfinished Sonata
Josephine
A Star Is Born
Life Of Emile Zola
Dark Victory
As Long As I Live
Adventures Of Don Juan
Johnny Belinda
One Wish
While You're Away
Consuela
Posted by By Mark Betcher at 4:11 AM