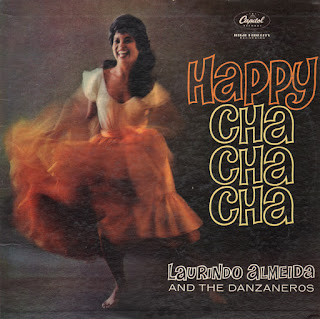 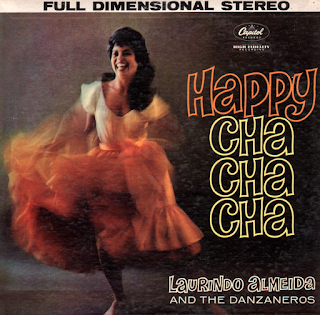 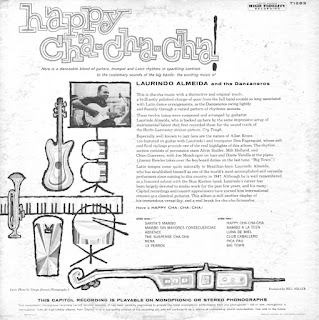 From the back cover: These twelve tunes were composed and arranged by guitarist Laurindo Almeida, who is backed up here by the same impressive array of instrumental talent that first recorded them for the sound track of the Hecht-Lancaster motion picture, Cry Tough.

Especially well know to jazz fans are the names of Allan Reuss, (co-featured on guitar with Laurindo) and trumpeter Don Fagerquist, whose soft and fluid stylings provide one of the real highlights on this album. The rhythm section consists of percussion stars Alvin Stoller, Milt Holland, and Chico Guerrero, with Joe Mandragon on bass and Dante Varella at the piano. (Jimmy Rowles takes over the key broad duties on the last tune, "Big Town.")

Latin tempos come quite naturally to Brazilian-born Laurindo Almeida, who has established himself as one of the world's most accomplished and versatile performers since coming to this country in 1947. Although he is well remembered as a featured soloist with the Stan Kenton band, Laurindo's career has been largely devoted to studio work for the past few years, and his many Capitol recordings and concert appearances have earned him international renown as a classical guitarist.

From Billboard - November 30, 1959: A happy group of cha chad featuring guitarist Almeida arranged and composed all the tunes in the set, and many of the tunes here were used in the flick "Cry Tough." With Almeida are a group of potent jazz names who perform the tunes with spirit. A very good set for cha cha fans.