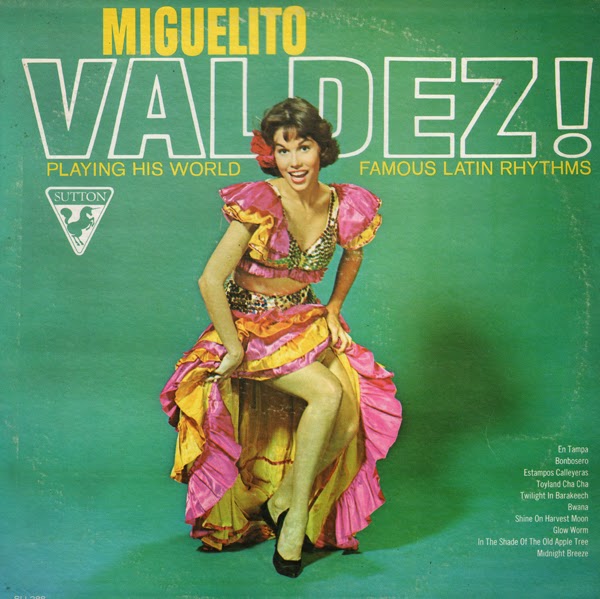 Miguelito Valdez died in 1960 (see his wiki page). Starting as a musician in Havana night clubs, he emerged and went on to become regarded as one of the greatest sonorous and guaracheros in Cuba. It sounds like few Valdez tracks heard on this record were made while he conducted his orchestra in 1949/50. Budget label Sutton filled out the majority of album with whatever Latin tunes they could get there hands on. It is difficult to tell which, if any, of the instrumental tracks can be actually be attributed to Valdez and His Orchestra.