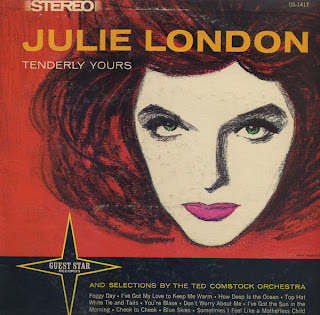 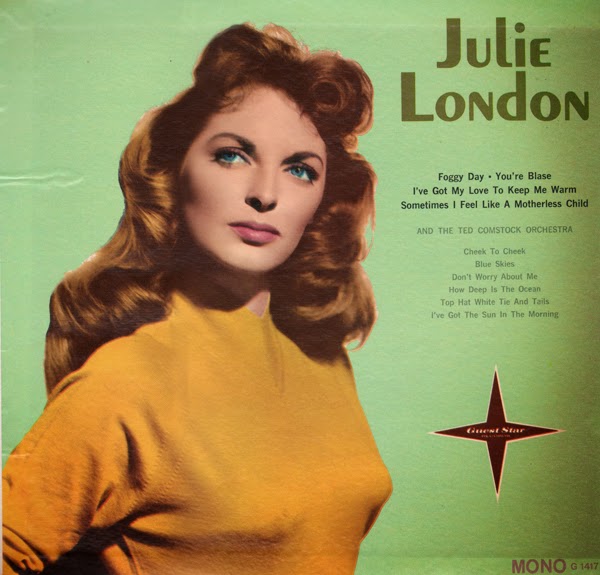 Guest Star was big on recycling name material. In this case, Julie London. To fill out the LP, Guest Star blended in Ted Comstock big band tracks. Both album covers shown above feature the same material and catalog number.

There is a item in the October, 1962 Billboard warning dealers about this album. Mathematically, Julie is only 40 precent of the album, and 60 percent is made up of straight instrumentals... even though the cover gives the big play to Miss London. Her numbers are oldies and the the stereo sounds "re-processed". Same general talent policy is followed on other "Guest Star" albums from this label.

Love London's stuff, none-the-less and the cover art is nicely handled.
Posted by By Mark Betcher at 4:55 AM