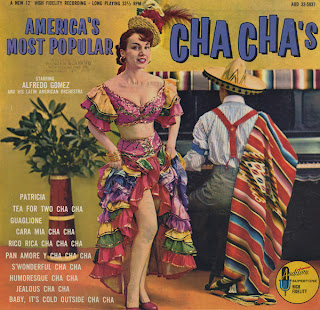 Here's an obscure Cha Cha record on an obscure label featuring a lost to history (as far as I can tell) recording artist.

There is an organ featured on a few tracks that helps to create an unique sounding Cha Cha song. This is a pretty dang good space age record.
Posted by By Mark Betcher at 8:46 PM