The Drums Of Rodriguez 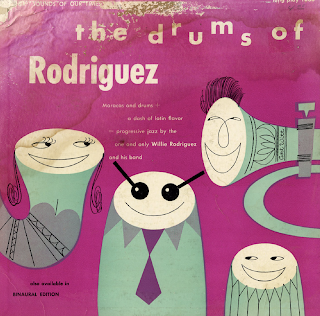 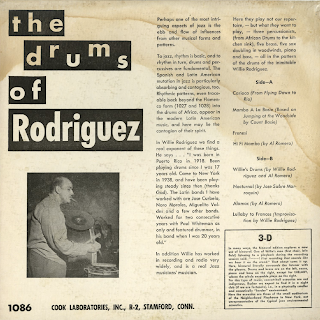 From the back cover: "I (Rodriquez) was born in Puerto Rico in 1918. Been playing drums since I was 17 years old. Come to New York in 1938, and have been playing steady since then (thank God). The Latin bands I have worked with are Jose Curbelo, Noro Morales, Miguelito Valdes and a few other bands. Worked for two consecutive years with Paul Whiteman as only and featured drummer, in his band when I was 20 years old."