Nat King Cole At The Sands 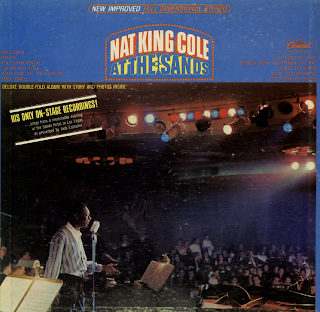 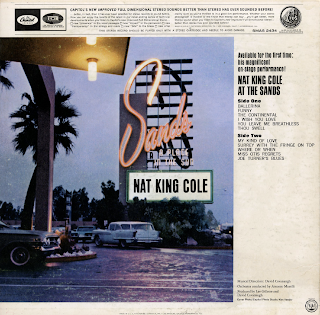 From the inside cover: On this morning of January 14, 1960 (2:30 to 5:00 A.M.), Nat responded to their enthusiasm in kind. Always in top form, he topped even his own top, with a warm, wise, witty, debonair, exciting, wonderfully carefree show.

From Billboard - January 22, 1966: The late Nat King Cole was in rare form that day in 1960 when he was working at the Sands, and the Capitol engineers were on hand to preserve the performance. The performance was as smooth as ever and the release of the album, even at this late date, is a fine tribute.