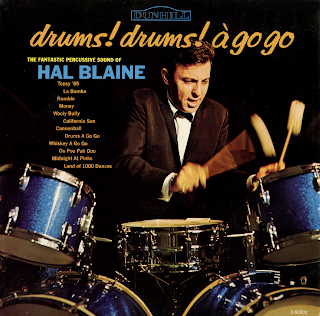 From the back cover: Anyone who knows and likes pop music will tell you that the most important ingredient in a hit record is "the beat" and on the West Coast, "the beat" means Hal Blaine. Hal creates the exciting feel on all Jan & Dean records. He's the booming sound behind The Ronettes and Crystals. He's the drummer of such instrumental groups as The Tiajuana Brass, The Markets and The Routers. Hal has played on the hits of Dean Martin, Frank Sinatra, Johnny Rivers, Shelly Favares, etc., etc., etc.