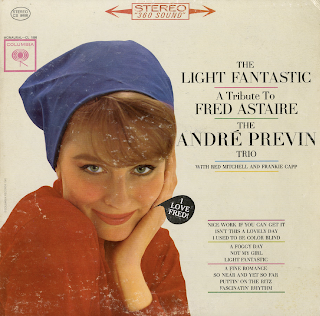 Nice Work If You Can Get It
Isn't This A Lovely Day
I Used To Be Color Blind
A Foggy Day
Not My Girl
Light Fantastic
A Fine Romance
So Near And Yet So Far
Puttin' On The Ritz
Facinatin' Rhythm
Posted by By Mark Betcher at 7:44 PM