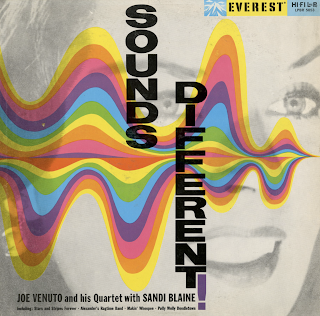 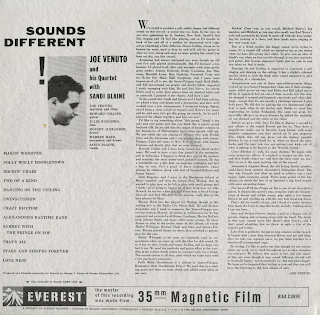 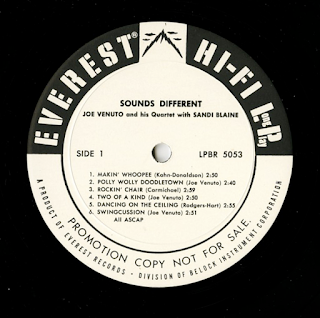 From the back cover: We've tried to produce a soft, subtle, happy and different sound on this record – a sound that was born, by the way, in our own apartment up in Yonkers, New York. Sandi'd feel like singing and I'd feel like playing and so I'd noodle in back of her and all of the sudden we discovered we'd come across something a little different. Howie Collins, whom we've known for years, used to drop by and he'd add his guitar to what we were doing and soon we were getting the sound you hear on this, our first record.

Arranging had always intrigued me, even though up till now I've only played professionally. But I'd listened a lot, because I'd played both vibes and marimba with some pretty great outfits: Johnny Richards, Benny Goodman, Jim Timmens, Mudell Lowe, Ken Hopkins, Raymond Paige and the Radio City Music Hall Symphony, and I guess most important of all to me, the Suater-Finegan band. Both Eddie and Bill encouraged me greatly and finally Eddie suggested I study arranging with him. He and Red Norro, for whom Eddie used to write, have always been my musical idols, and so naturally I jumped at the chance. And here I am!

Makin' Whoopee
Polly Wolly Doodletown
Rockin' Chair
Tow Of A Kind
Dancing On The Ceiling
Swingcussion
Crazy Rhythm
Alexander's Ragtime Band
Surrey With The Fringe On Top
That's All
Stars And Strips Forever
Love Nest
Posted by By Mark Betcher at 6:36 AM